You might have cabbage in your kitchen scraps and are wondering if you can feed that to your worms. If you want to have a thriving worm bin, you must feed the right food to the worms. What can worms eat and what should be avoided? Let us find out the answer below.

Can worms eat cabbage? Cabbage is safe to feed to worms, but worms do not like cabbage that much. If you mix cabbage with other foods, they will eat it last. More often, the cabbage will start to rot and provide a bad smell in the bin. Take note that worms will not eat everything that you throw in the bin. Cut the cabbage into small pieces so that it will be easier to decompose and be eaten by worms.

Worms need food to survive. While they will eat the same things that people consume like fruits and vegetables, there are a few things that they do not like to eat. Worms do not have teeth so they cannot bite and break down food. What worms prefer to eat is decaying organic matter. Microscopic organisms broke down food into soupy mush which will then be consumed by the worms.

Why Do Worms Do Not Eat Cabbage?

Worms will not eat cabbage because they are hard to break down. Take note that worms do not have teeth so they need to wait for the cabbage to turn soupy or mushy before they start eating it. Moreover, worms can only eat foods that are in a soft state. Hence, you cannot just put a large chunk of cabbage into the bin and expect the worms to eat it right away.

What Should You Not Feed Worms?

Citrus, spicy and salty food, poisonous plants, meat, bones, and grass are some of the things that you should not feed to your worms. Let us find out below why these foods should be avoided.

Do not feed citrus to your worms. While worms eat fruits, they tend to stay away from citruses because they have a high acid level. Citruses such as lemons, limes, and pineapple should be avoided. Citrus is acidic to worms and they also affect the pH level inside the bin which slows down the decomposition of organic matters.

Any type of plants that are toxic or poisonous to worms should be avoided. For example, refrain from feeding rhubarb leaves to your worms because they are poisonous. Make sure to remove the leaves from the stalks when you put rhubarb into the bin. Aside from that, you should also consider if the plants that you are putting into the bin have been sprayed with insecticides. Any type of insecticide is bad for the worms.

You might think about feeding grass into the worm because it is organic. On the other hand, you should avoid doing this because it is bad for the worms. When grass decomposes, it will raise the temperature inside the worm bin making the environment too hot for the worms. Moreover, it also produces ammonia which is dangerous for worms.

While bones and meat can be eaten by worms, you shouldn’t feed them. When meat rots, it will smell which can attract pests into the worm bin. Aside from that, you also have to deal with the bad smell on your property.

Is it Safe to Feed Worms Citrus?

Citrus is not safe to feed for worms. Do not throw even the peels into the bin. As we have mentioned above, citrus fruits are highly acidic which can be irritating to worms and will also affect the pH level of the soil. Worms breathe through their skin and the strong smell of the citrus can be irritating even if they are broken down into tiny pieces. Aside from that, citrus peels take a long time to decompose.

Is it Okay to Feed Oily Foods to Worms?

It is not okay to feed oily foods to worms. This is because worms cannot break down oily foods properly. Aside from that, if you put oily or fatty foods into the worm bin, they can go rancid. The bad smell will then attract pests such as flies into the bin. Worms will not eat oily foods so they will just stay there in the bin. You can also read this article that discusses if worms will eat banana peels. We have shared helpful information that you can refer to.

What are the Best Foods to Feed Your Worms?

Worms love to eat organic plant materials such as fruits and vegetables. They are not picky eaters and will eat any green matter that you out in their bin. Vegetables or any green matter contains nitrogen-rich which is good for the worms and the environment inside the bin. Make sure to cut the foods into smaller pieces so that they can easily be eaten by the worms.

Melons and pumpkins are also great for worms. On the other hand, you need to be careful when putting melons into the worm bin because they have high water content. The water can add to the moisture level inside the bin which is not good for the worms. Limit the number of melons or other foods that have a high water content that you put in the bin. You can also check out this article that discusses if you should add water to your worm farm. We have shared an in-depth discussion about the topic.

Worms will eat all parts of the apple including the core and the peel. Apples are healthy and can easily be digested by worms.

Another food that worms love is broccoli. When feeding it to the worms, you need to cut it down into smaller pieces first so that they can easily be processed. On the other hand, you need to consider that broccoli produces a bad smell once it starts to rot which can also attract pests into the worm bin.

While pasta is not a green matter, it is also good for the worms. However, remove any sauce, butter, or oil from the pasta before throwing it in the worm bin.

✅ Video – What to Feed Worms

Nature’s Always Right shared the video below on YouTube. It discusses what to feed worms. If you are a newbie in composting or vermicompost, you can watch the video below to learn more about the foods that you can provide to your worms.

What Foods are Bad for Worms?

Worms cannot kill harmful pathogens so they mustn’t be fed dog or cat waste. The digestive systems of worms process food quickly so it cannot kill harmful bacteria. Moreover, do not feed your worms non-biodegradable materials such as rubber bands. Worms will not eat this stuff but non-biodegradable materials will not decompose and can be unhealthy to the worms. We have also shared this article titled, do compost bins need holes in the bottom? You can check out the article for more tips and information.

How to Properly Feed Composting Worms?

When feeding composting worms, you need to chop foods into smaller pieces so that they can easily be eaten. Smaller pieces of food are also easier to decompose. When and how often to feed the worms will depend on the size of the compost bin. Usually, worms are fed every two days or once a week with a cup of food.

You should keep a journal so that you can record how fast the foods are eaten so that you can adjust your feeding schedule. Be careful not to over-feed the worms. One of the signs that you are over-feeding the worms is when it starts to smell bad. Moreover, you need to rotate the feeding areas so that all worms are correctly fed.

When Should You Feed Your Worms?

To determine when to feed your worms, you need to check the worm bin. Check the area when you last placed the food and if you notice a lot of worms in that area, you can feed them again. Worms must be properly fed and on time. Otherwise, they will not get enough nutrients to grow healthy and produce good fertilizer.

In this article, we have discussed if worms can eat cabbage. We have found out that worms will eat cabbage as long as they are cut into smaller pieces. A large chunk of cabbage will not be easily eaten by the worms so you need to cut them into small pieces. Moreover, we have shared a list of foods that worms can and cannot eat. Thank you for reading!

link to Should You Leave Your Shower Curtain Open or Closed?

Leaving the shower curtain open or closed has long been a debate for a lot of people. Some would agree that closing the curtain after taking the shower is necessary to keep it dry while others...

Continue Reading
link to Why is My Well Water Brown All of a Sudden?

You might be washing the dishes when all of a sudden brown water comes out of the faucet and makes you wonder what causes it. Of course, you want to immediately figure out what causes discoloration...

Building a house is rock solid. Decorating is poetry. We hope to inspire you.

As an Amazon Associate, we earn from qualifying purchases.
This website is strictly for entertainment purposes. While we strive to provide quality information, we cannot guarantee its accuracy. Always do your own research before making important decisions. 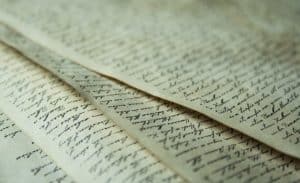